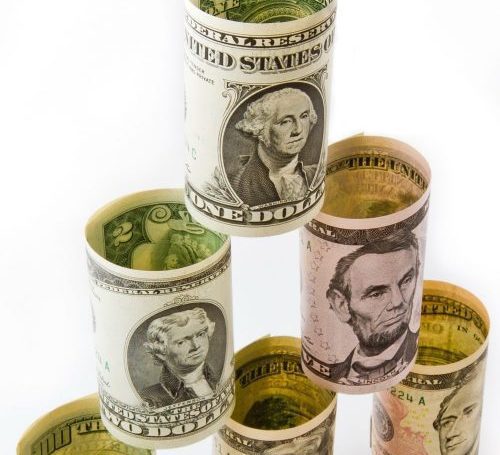 Effective cost recovery policies and procedures must come from an initial understanding of the true costs of providing services. Many local government agencies are aware that indirect administrative costs can be quantified and recovered from various funds, grants, fees, and charges, but are unsure of the best method of assigning these costs, or how to go about effectively recovering these costs.

An Overhead Cost Allocation Plan is an analysis – accompanied by supporting documentation – which distributes the indirect support services costs of an organization to the direct services and activities provided in a fair and equitable manner. Preparation of an Overhead Cost Allocation Plan encompasses a number of analytical steps, including the compilation of an organization’s cost data, expression of costs according to the primary types of support services provided, and assignment of a statistical basis for allocating costs. The results of the Plan provide information on the total assigned indirect cost to each program, department, or direct service area of the organization. The assigned costs are typically as an annual dollar amount, or as an overhead rate.

When preparing a Cost Allocation Plan, it is important to first identify and articulate the intended use of the Plan’s results. Cost Allocation Plans can be more or less restrictive in their application of important published Federal and State guidelines. As the focus of this article is on grants management, the following is a discussion of specifics related to industry practice as well as recent developments in the guidelines for establishing grant related overhead costs.

Cities submit a type of Cost Allocation Plan commonly referred to as an “OMB A-87 Compliant” Cost Allocation Plan to a Federal or State grantor when seeking reimbursement of overhead costs from a grant. Common grantor agencies include the United States Department of Housing and Urban Development (HUD), the Federal Transit Administration, the California Department of Transportation, among others. In addition, Counties are required to submit this same type of Plan annually to the California State Controller’s Office.

This type of Cost Allocation Plan complies with the guidelines of Title 2, Code of Federal Regulations, Part 225, Cost Principles for State, Local, and Indian Tribal Governments, which was formerly known as the Federal OMB A-87. Effective with the Fiscal Year ending December 31, 2015, the OMB guidelines became part of the new Uniform Guidance, Part 200 CFR – Code of Federal Regulations, which superseded eight previous Federal OMB circulars. This consolidation effort, also referred to by stakeholders as “The Super Circular”, represents the most comprehensive change in the federal grants landscape since the OMB’s predecessor, the Bureau of the Budget. The new guideline is composed of the streamlined Administrative Requirements, Cost Principles and Audit Requirements for federal awards to all types of non-federal entities.

Publication of the OMB guidelines in the Code of Federal Regulations does not change the nature of the information contained from guidance into regulation or law. The new Uniform Guidance retains all the familiar discussions and definitions of direct versus indirect costs, and the bulk of the guidance for Cost Allocation Plan development is in the appendices. Generally, direct costs are those that can be assigned or identified specifically, assigned relatively easily, or with a high degree of accuracy; indirect costs are those necessary for the overall operations of an organization, where a direct relationship with a particular cost objective would require efforts disproportionate to the benefit received. The Uniform Guidance also consolidated several sets of “General Tests of Allowability”, essentially a set of hurdles that a grantee should run every cost through before charging it to the grantor. These Tests are concepts such as whether the costs are necessary, reasonable, allocable, consistently treated, uniform in nature, determined in accordance with Generally Accepted Accounting Principles, etc.

Fifty four (54) types of specific costs are addressed in the Uniform Guidance, representing logical groupings of commonly encountered costs in the course of doing business. A number of these are explicitly prohibited from reimbursement through Federal funds. It is important to remember that if a cost item does not appear in the selected 54 items, it is not automatically prohibited from funding. Allowability in each case would be determined on similar or related items of cost. Throughout the consolidation efforts, there were only a few new cost items added or removed, while many existing categories were modified in their description or terms of applicability.

Developing and submitting a Cost Allocation Plan within the context of grant management may seem daunting. The guidelines and definitions in support of Plan development have been evolving for more than 50 years. Fortunately, by familiarizing with the Uniform Guidance, achieving reimbursement of overhead costs from grantors is attainable by every local government.