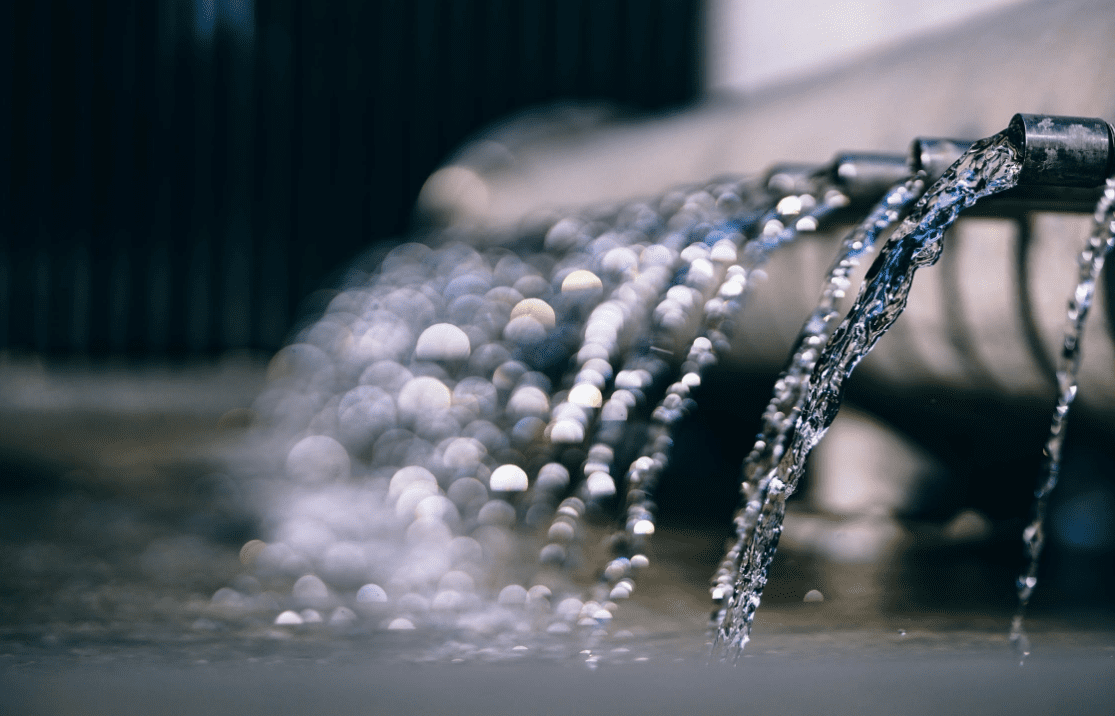 Numerous recent lawsuits concerning water rate designs underscore the importance of addressing fairness and equity in water rates, and social justice has become a more common component of this discussion. Although social justice means different things to different people, for water rates it has three basic components: (1) a social or political component, (2) a legal component, and (3) a technical – or rate structure – component. A water utility can benefit from understanding all three aspects as they advise their boards and councils during the rate-adoption process.

This paper, although not aimed at the broader scope of social justice, discusses the intersection of social justice and water rates, and how water rate design can be used to benefit low-income customers. This discussion is presented with two caveats: (1) we are not attorneys and so are not providing legal advice, and (2) we are rate consultants and, therefore, are focusing on the rate structure aspects of this topic.

Since the early times of Aristotle and Saint Augustine, social justice has been a topic of concern. The basic concerns have been with human rights, fairness, and what society could or should be doing with regard to these issues. Although there are many variations of the theme of social justice today, it is clear that our tax code and social safety net policies reflect a component; low-income people pay fewer or no taxes and those who have fallen on hard times are offered various forms of support.

California’s official water policy includes promoting the “human right to safe, clean, affordable, and accessible water to support basic human needs.”[1] While this might suggest water agencies should provide water to all customers, regardless of whether than can pay for the service, Prop 218 legal cases have constrained how water rates can be set. Specifically, fairness and equity are defined as meaning no customer or customer class should:

While this may substantially limit a water utility’s flexibility in meeting social justice concerns, it does not mean income inequalities and serving the needs of the poor won’t come up during public discussion of new water rates. They are of even greater concern today, particularly in light of dramatic cost increases due to regulatory requirements, treatment of ever lower levels of contaminants, and other cost pressures.

A number of recent Prop 218-related lawsuits over water rates, particularly the 2015 San Juan Capistrano case[2], have narrowed the flexibility that water utilities have in designing and adopting rates. For example, tiered rates were often previously designed largely based on their effectiveness in promoting conservation. While promoting conservation during the drought, rates also focused on reducing the revenue losses resulting from mandated conservation. Post-drought concerns now often focus more on revenue stability.

However, as a result of these lawsuits, the cost-basis of rates today are closely scrutinized, and tiered rates in particular must demonstrate a direct nexus between costs, tiers, and the actual tiered rates. This has generated new ways of demonstrating this cost basis. While no prevalent methodology has emerged, if water utilities clearly establish the costs within each tier, they can have some degree of confidence in defending their rates. A second reaction to these more stringent cost-based criteria has been that many utilities are moving away from tiered rates to uniform (single-tier) volumetric rate simply because they are legally more defensible.

An interesting side note on these cost-based criteria is that fixed charges, or the amount of revenue collected from fixed vs. volumetric rates, has not drawn much attention. Yet fully allocating fixed costs to fixed charges can have a significant impact, and in some cases has a greater impact on customer bills than strict cost-based tiered rates. This leads us into the rate structure issues.

The Impact of Water Rate Structures on Low-Income Customers

The Prop 218-related court decisions have raised the technical scrutiny of water rate design, including: (1) one customer class cannot subsidize another class; (2) no customer, at least ideally, pays more than their actual cost of service; and (3) tiered rate design must demonstrate the cost basis within each tier. These stricter standards of fairness and equity are becoming well-established within cost-of-service principles.

However, various rate-setting alternatives can still be used to benefit low-income customers, without subsidies or encroaching on cost-of-service or rate-design principles. These alternatives include: (1) how fixed vs. variable costs are collected through rates; (2) how tiered rates are designed; and (3) how water budget based rates may affect low-income customers compared to a more traditional rate design. 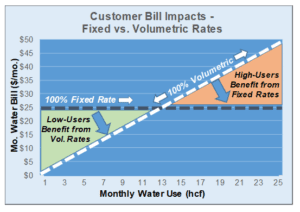 Tiered Rate Design – California’s emphasis on conservation, which became even more pronounced during the drought, was primarily implemented through steeply inclining tiered rates. The number of tiers and how much each tiered rate increases was directly linked to the level of conservation the water utility wished to achieve. Those levels of tiers were not typically calculated from the actual cost basis for each tier.

Following the San Juan Capistrano decision, the requirement that tiered rates be calculated on a cost basis may also limit the ability to set tier breakpoints at “convenient” levels. For example, recalculating tiered rates based on how many sources of supply a water utility has, as well as their costs, may change the number of tiers, the tier ranges, and the price per unit, as illustrated in the hypothetical example below: 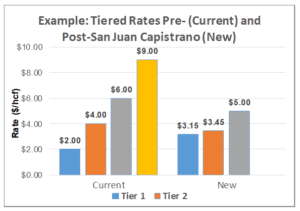 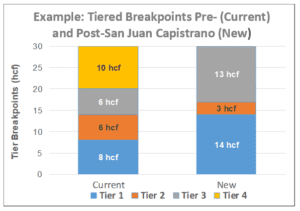 Following this example, and assuming a low-income customer who had an average consumption of 10 hcf/month, their average monthly volumetric charges would increase from $24.00 under “current” rates to $31.50 under “new” rates. If the water utility chooses to eliminate tiered rates and switch to a uniform rate, the low-income customer’s bill would be even higher than $31.50; that is, they would share in the cost of the highest price water (i.e., the $5.00/hcf third tier).

Water Budget Based Rates – A water budget based rate structure, which is relatively well-accepted in Southern California, encourages greater efficiency of individual customers by establishing each customer’s water budget primarily based on their landscaping needs, and in some cases the micro-climate in which they are located. Each customer is allowed a different amount of consumption in each tier, based on their irrigable area[4].

However, the potential Prop 218 problem is that different customers within the same class are treated differently – one residential customer may be assigned 10 units of consumption in tier 1 while another is only allowed 6 units. It is difficult to establish an actual cost difference for customers within the same customer class. Although there has never been a legal challenge of water budget based rates to our knowledge, neither have they been tested in court.

To illustrate this, we will compare two residential customers: a low- and a high-consumption customer (i.e., smaller vs. larger water budget customers). Assuming each used what their assigned water budgets allow (i.e., they are efficient), the low consumer will have a lower bill and the high consumer will have a higher bill. Now switch their water consumption; the low-consumer will have high water use and vice versa. When we compare their water bills for equal consumption levels, they will pay different amounts for the same water use. Water budget proponents may claim “that’s exactly the point, they are encouraged to use water efficiently per their budgets.” However, it is difficult to defend the cost-basis for these different bills.

As another example, in the generic water budget rate structure shown here, the question that is not being asked (under the San Juan Capistrano obligation to demonstrate the cost-basis for 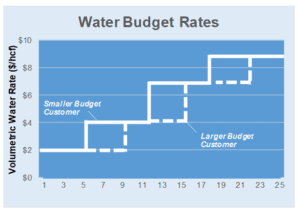 each tier) is “What is the basis for different rates for the same level of consumption within the same customer class?” (We note that customers in the same class are assumed to have the same consumption characteristics, such as average- and peak-use factors.)

Water agencies should understand the social, legal, and technical challenges when updating water rates, such as those briefly summarized in this paper:

[3] The exception to this assumption is that some low-income communities also have households with more than one family in a single-family home and, in these cases, may have higher than the average consumption.

[4] Generally, tier 1 is for indoor (domestic) consumption, tier 2 is for landscaping needs, and higher tiers represent some level of inefficient water use which is penalized by higher rates.